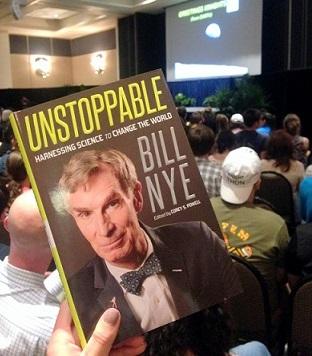 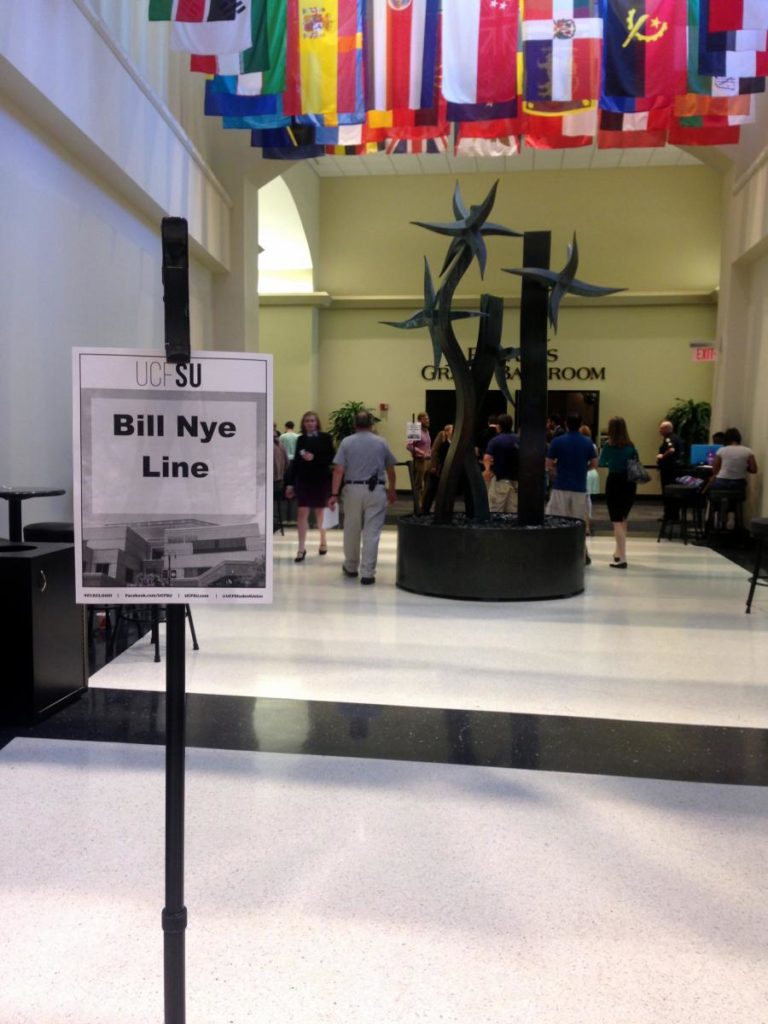 Whether it brings about fond memories of science class or haunts you of your adolescence, everyone knows that an important message is soon to follow the all too familiar “Bill! Bill! Bill! Bill Nye, the Science Guy” introduction jingle. The man himself spoke at UCF on Tuesday, attracting a large crowd to the Student Union’s Key West Ballroom for An Afternoon with Bill Nye. Little had changed of his quirky humor as an engaging science educator, and nevertheless had the importance of his message.

Nye brought a new angle to the buzzword “climate change” through an interesting and personal narrative. He began with the history of his parents, how they met in the 1940s, and their involvement in the workforce during World War II. He spoke on how the difficult time following the attack of Pearl Harbor brought everyone together, including his parents, in spite of gender inequality. He also reflected on his father’s passion for sundials, like the “sand dial” meant to keep your watch safe from the beach sand. Nye then dived into his interest with space, unveiling to the audience his own participation in his father’s amusement with sundials by adding them to Mars drones to use for shadowing.

At the end of Bill Nye’s talk, it was evident: Nye’s passion for science is driven by similar things that spirit us all – history, family, and discovery of the unknown. All in all, his personal story served as a reminder of obstacles we, as humans, have faced and overcome. As we are now confronted with the obstacle of climate change, Nye encouraged that we find our inner passions to make an impact. While we may be, what Nye calls, “a spec on a spec on a spec in a solar system spec,” we can all work towards getting our own metaphorical sundial on Mars.

In the words of the Science Guy, “Although we are part of the cause, we can be a part of the solution. We can be the next great generation and dare I say it… CHANGE THE WORLD!”