UCF’s main campus is a featured stop on a tour of residential and commercial sites from noon to 4 p.m. both days. The local tour was organized by the Florida Renewable Energy Association as part of the 20th Annual National Solar Tour conducted by its parent organization, the American Solar Energy Society.

On a national level, the tour exhibiting renewable energy technologies is the largest grassroots solar event in the country, with over 160,000 participants visiting 3,200 solar energy sites.

Among the featured stops on the UCF campus are:

Solar power has become more economically feasible since the university installed the solar awning on the Engineering I building.

“Throughout this time, costs have gone from about $10 per watt in the early 2000s to 60 cents per watt now,” Norvell said. “It’s an incredible story about how technology has improved.”

Solar energy is one tool in UCF’s quest to be a greener campus. In 2007, UCF President John C. Hitt signed the American College & University Presidents’ Climate Commitment, making UCF one of the first to pledge to be climate neutral by 2050. 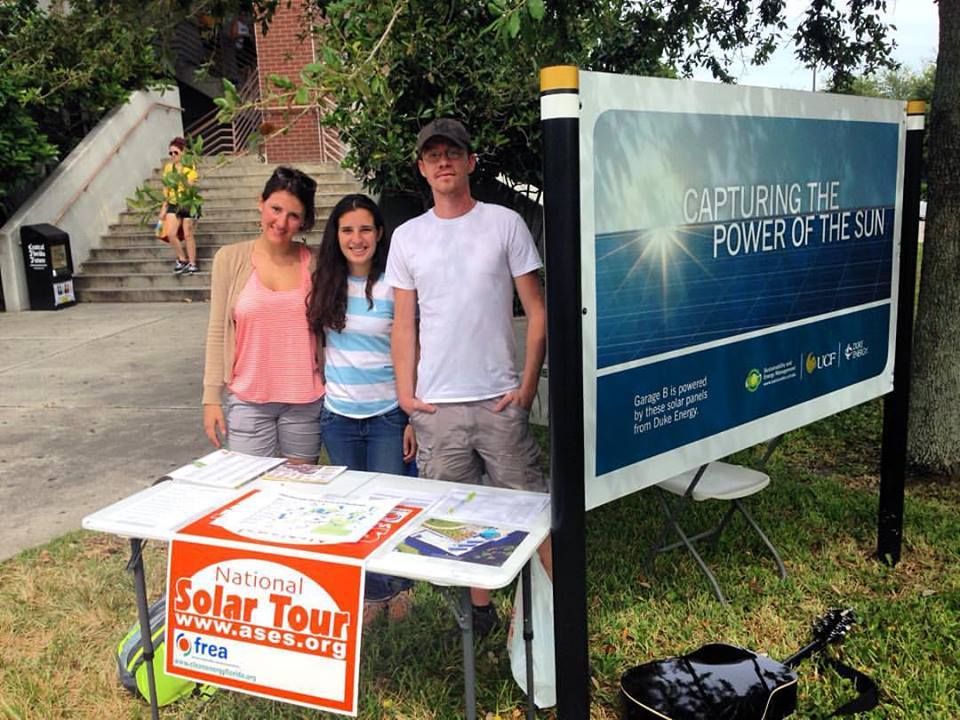 To achieve that goal, the university must have no net greenhouse gas emissions. There are interim goals, including a big one already underway: ensuring that by 2020, 15 percent of the energy used by UCF comes from renewable sources rather than fossil fuels.

“We’re reducing our emissions – that’s where this started,” Norvell said. “But now solar is a very economically viable source of energy. It’s great when those two things come together.”

The solar tour, which also includes several stops at homes in Orlando, is free and open to the public. The sites are the same on each day.