Engineers Without Borders brings hydroponic technology to the Bithlo community

The University of Central Florida’s student organization, Engineers without Borders (EWB), is breaking barriers through the recent installation of an aquaponics system in part of their endeavor dubbed “Project Bithlo.” Located less than five miles east down Colonial Drive within the justly named Transformation Village, the community has been a centerpiece for sustainable innovation in recent years. The aquaponics system was completely student designed and manually installed to Orange County Academy, in hopes of providing fresh vegetables and fish to the students and the community.
Orange County Academy was in need of assistance, residing in a poverty-stricken town with a negligent education system, inadequate public transportation, high unemployment rate, and polluted drinking water. United Global Outreach, a nonprofit organization, funded the opening of Orange County Academy to provide more education opportunities to the Bithlo community. The building serves as a K-10 private school and community center. Bithlo’s toxic drinking water has managed to pollute its soil with heavy metals, making it difficult to grow a backyard garden.

Despite this, Engineers without Borders was determined to not let this fact cost the Orange County Academy children the availability of sustainable food education. The EWB team developed a plan of sweat and toil that included installing a backyard aquaponics system, renovating the on-site shed to house the fish tanks, and converting the main building’s energy to solar.
The aquaponics system uses a combination of aquaculture and hydroponics to sustainably grow fresh produce at a fast rate. Water recirculates between a fish tank and vegetable grow bed serving as a mutualistic system. The plants utilize the water and nutrients from fish waste and in turn, the fish thrive in continuously filtered water. 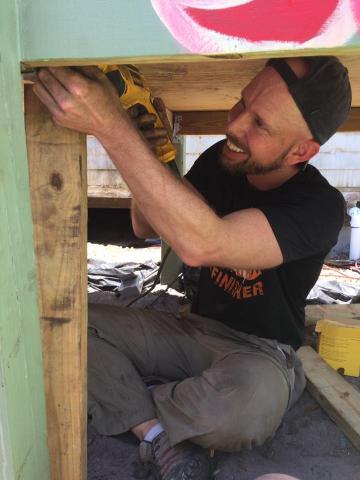 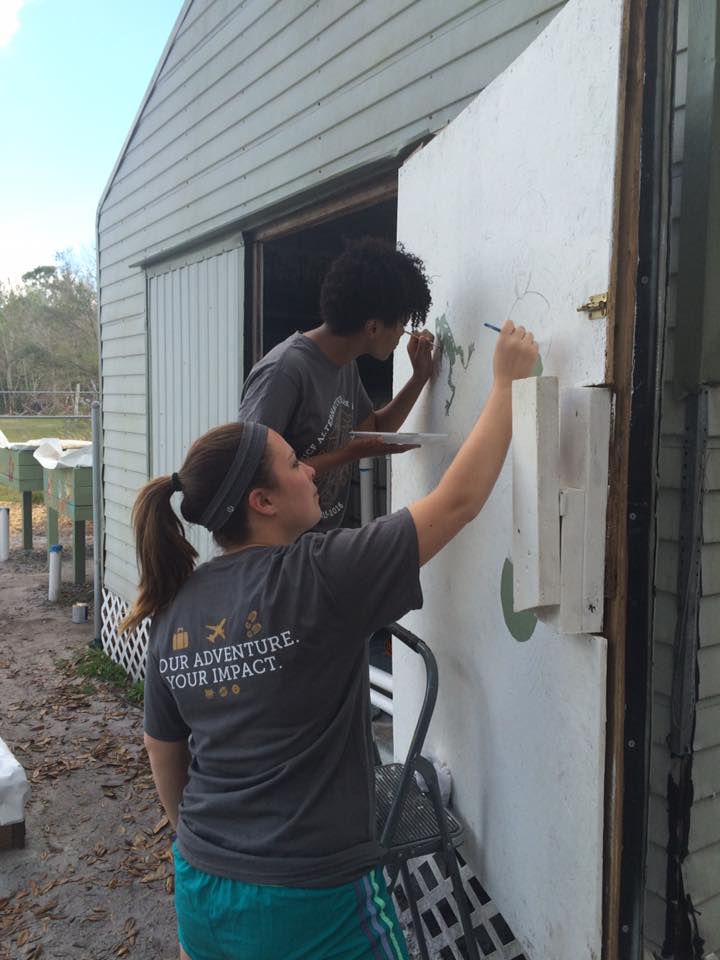 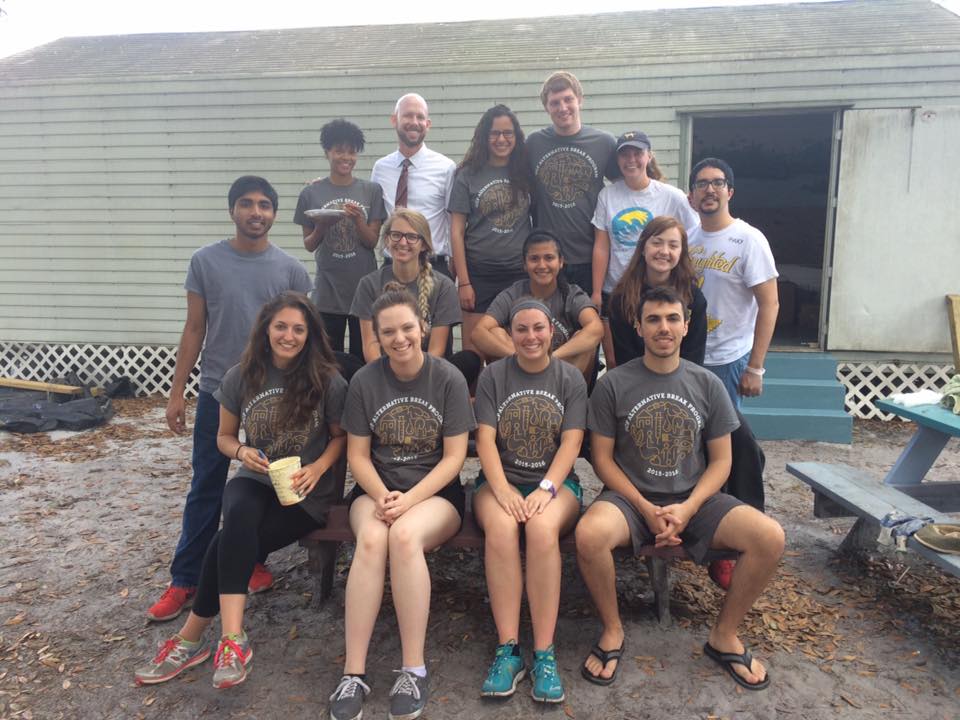 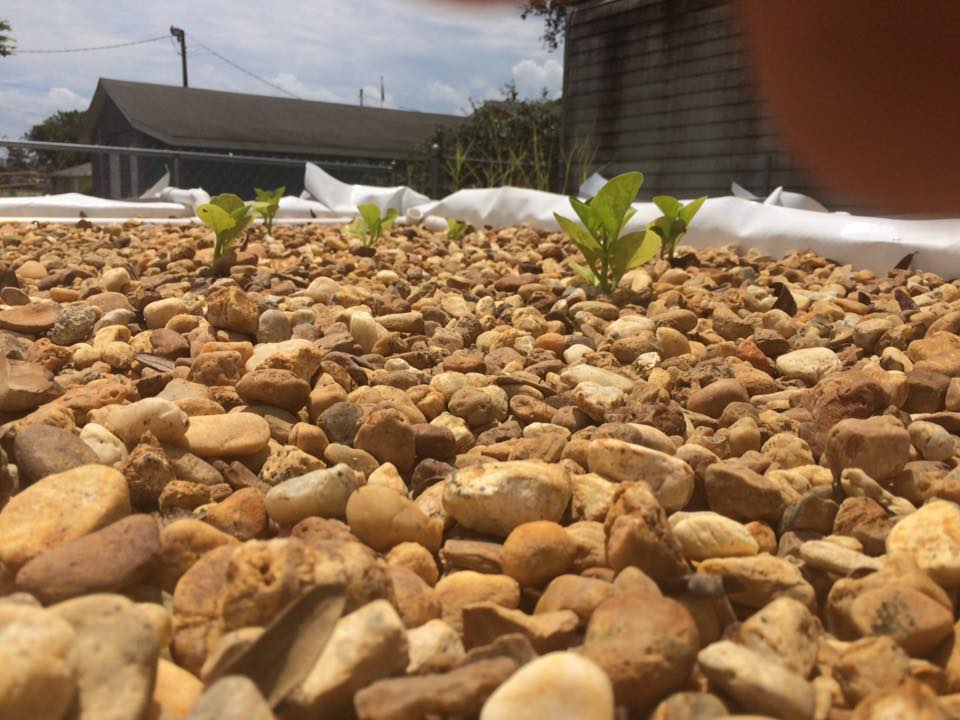 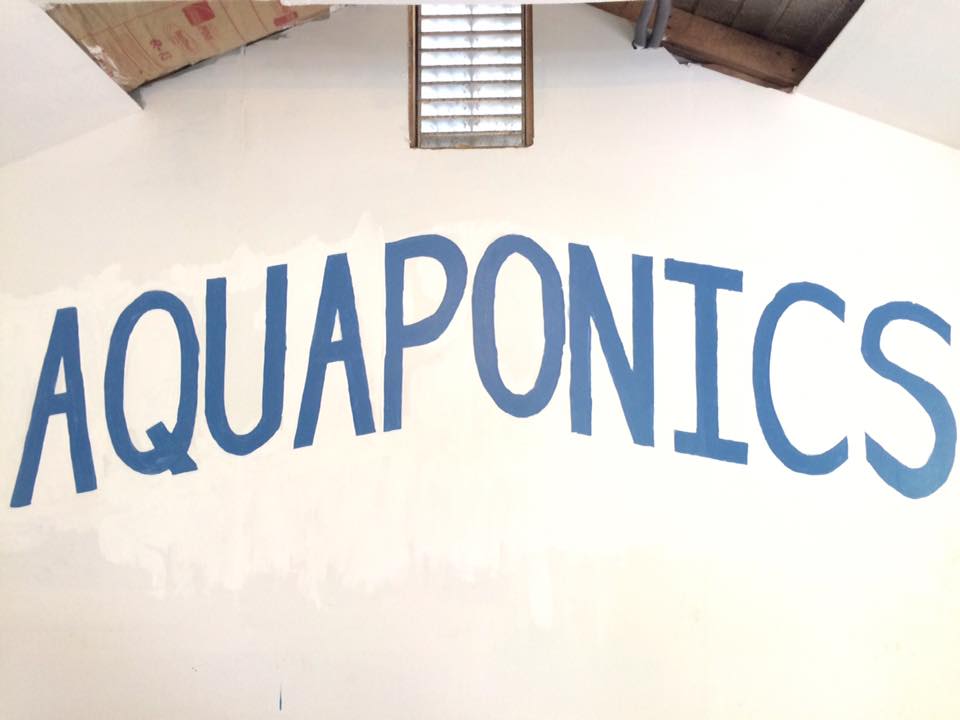 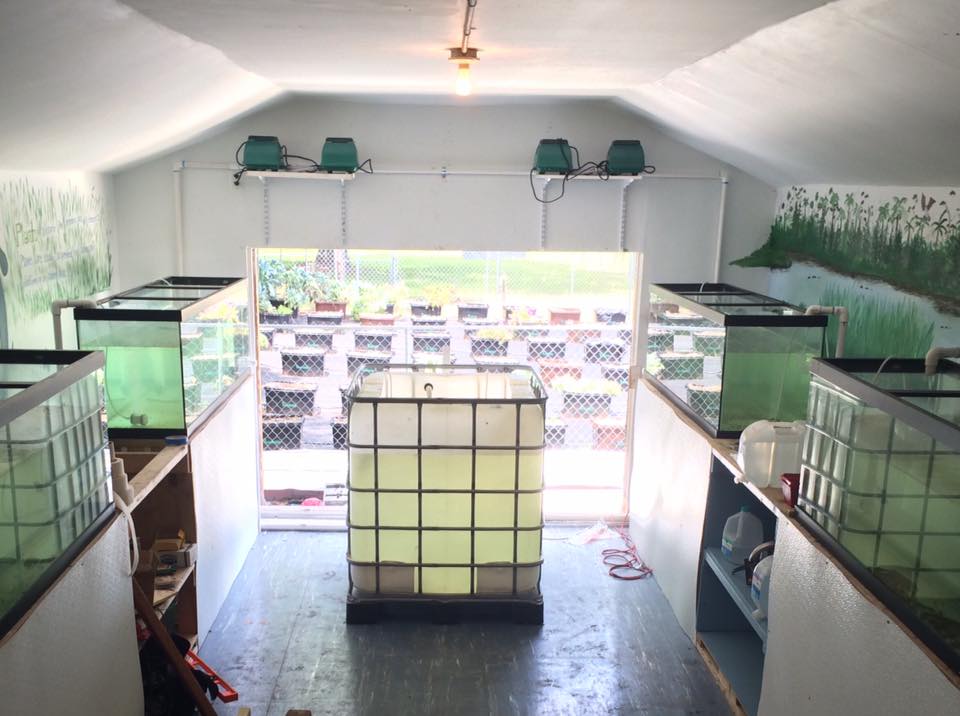 To fund such a project, the team began compiling donations and grants back in 2015 from various supporters. The first donations came from the local Rotary Club of Orlando East and a grant from Clinton Global Initiative respectively. Together, with the donation of the space by United Global Outreach and supplemental allocations from the CHS Foundation, Whole Foods, UCF Student Government Association, and Union Pacific Railroad, the project began with over $11,000 in funding.

A consistent group of students dedicated every Saturday morning to the project, strictly on volunteer time. The day’s work typically involved building the raised garden beds, installing irrigation systems, situating the fish tanks, and renovating the on-property shed with new drywall, insulation, and paint. However, each task did not always result in sunflowers and daisies.
Mathew Coalson, EWB Local Project Manager and Project Bithlo Project Lead, explains the teams struggles: “We learned last summer that the field we built our vegetable gardens in floods in the summer. We had to build the beds up on cement blocks to protect our work. Then, we discovered termites in the shed that had eaten much of the foundation. We replaced the destroyed wood and had a professional exterminator take care of the rest of termites.”

What’s next for Project Bithlo? “This project is ongoing, so EWB has committed five years to make sure the intended vision is completed and constantly being improved. Next, we want to design and build way a remote monitoring system, which could allow us to balance the water between the fish and plants either from campus or on site,” says Coalson.

The long term goal, aside from the fresh vegetables and fish, is a correlated curriculum program designed by UCF professors that can teach everything from biology, horticulture, and even finance to Orange County Academy students. As for solar powering the school, EWB determined that a new roof should be funded before installing solar panels to it.

If this opportunity strikes an interest, Engineers without Borders at UCF welcomes individuals of all majors with no background in engineering necessary to join their student organization.